The Merit of Siam. Forever in our remembrance

The Merit of Siam Forever in our remembrance Chadatip Chutrakul, Chief Executive Officer of Siam Piwat Co., Ltd. and employees invited Thai people to participate in “The merit of Siam” in remembrance of His Majesty King Bhumibol Adulyadej to commemorate the 1st anniversary of His Majesty’s passing.

A large number of participants who joined the merit making ceremony also paid a silent tribute for a duration of 89 seconds in front of His Majesty King Bhumibol Adulyadej's portrait on the grounds of Park Paragon.

The company hosted and invited its executives and employees to take part in the group ordination to honor the immeasurable benevolence of His Majesty King Bhumibol Adulyadej during the Royal Cremation ceremony. Over 21 employees were ordained at Wat Rama 9 Kanchanaphisek on October 13, 2560 and Wat Pathum Wanaram Ratchaworawihan on October 15, 2560. 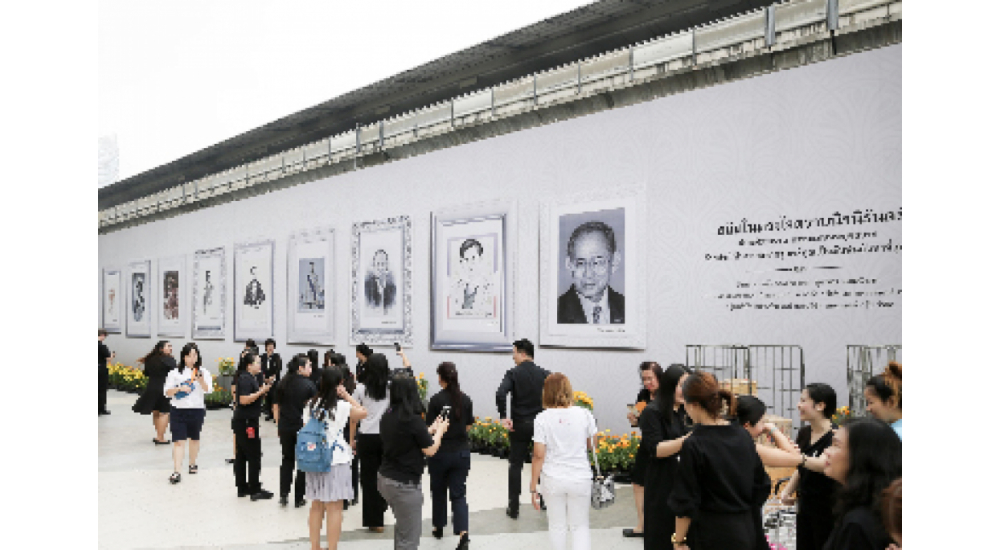