ICONSIAM tops the list of the world’s best retail development projects again and wins an excellence award from ICSC, its 13th prestigious accolade from an international organization.

ICONSIAM tops the list of the world’s best retail development
projects again and wins an excellence award from ICSC,
its 13th prestigious accolade from an international organization. “We are proud that ICONSIAM has achieved another momentous milestone that stands as a testament to its success in garnering recognition for Thailand by winning another top award on a global stage, adding to the 12 other accolades it has received from premier international organizations since its opening, which include three top awards on the global level, namely the World Retail Awards 2019 as Winner of its global ‘Best Store Design’ prize as well as Winner for ‘Best Shopping Center’ at the annual MAPIC Awards 2019 in Cannes, France for the retail and development industry, and most recently the global winner of its VIVA best-of-the-best Awards for Best Design and Development 2020 .

Ms. Chadatip Chutrakul, CEO of Siam Piwat Group, one of the joint venture partners of ICONSIAM, and Director of ICONSIAM, stated.

Bangkok (October 20, 2020) – Operated by Siam Piwat, one of the joint venture partners and co-developers along with Charoen Pokphand Group and Magnolia Quality Development Corporation, with architectural collaboration with Urban Architect Co., Ltd.,, ICONSIAM, the Icon of Eternal Prosperity by the Chao Phraya River, has recently won the top award in the Design and Development Category at the VIVA Best-of-the-best Awards 2020, hosted by the International Council of Shopping Centers, triumphing over 100 projects from across the globe. Thanks to the harmonious incorporation of exquisite elements from Thai art, culture, and local wisdom into its architecture, ICONSIAM was recognized for having established a new paradigm for retail development projects all over the world. Due to the COVID-19 pandemic this year’s winners were announced via livestream on July 23 this year, instead of at the usual gala dinner in the United States.

Ms. Chadatip Chutrakul, CEO of Siam Piwat Group, one of the joint venture partners of ICONSIAM, and Director of ICONSIAM Co., Ltd., said, “We are beyond honored and proud that ICONSIAM has garnered recognition for Thailand by winning a world-class award for the third time — a testament to the second-to-none caliber of Thailand’s development projects. The project owes its success to the large-scale collaboration under the concept of “bringing together the best of Thailand and the best of the world” which involved over 100 experts from 15 countries across four continents as well as over 1,000 leading architects, interior designers, engineers, artists, artisans, community leaders from various provinces, government agencies, and retailers across Thailand. The goal of this collaboration was to create a new symbol that would capture the imagination of the era and combine excellence and innovations in every sphere. These awards are very meaningful to everyone involved in the development of this project as they represent the respect and admiration that the world’s premier organizations in the industry have for Thailand.”

“ICONSIAM represents a new business model that is completely different from traditional development projects in terms of components, experiencedelivery, as well as business development and management, all of which are executed under the overarching strategies of ‘co-creation’ and ‘creating shared value.’ Brought to life through a collaboration of various sectors on an unprecedented scale, ICONSIAM has created shared value and brought prosperity to the communities and businesses in its vicinity in a significant way and contributes to the meteoric ascendancy of Thonburi as a metropolis. Furthermore, ICONSIAM has dedicated over 30% of its space to SMEs to support small businesses from across the 77 provinces of Thailand, giving over 30,000 family businesses that have outstanding skills and products but previously lacked opportunities access to the national-level market as well as a platform where they can grow and rise to international fame. We believe that this will be the business concept of the future and lead to true sustainability,” added Chadatip.

This is the third time in a mere three-year period that Siam Piwat has won a top award on the global level. During this short period, Siam Piwat has received awards for the world’s best development project, shopping mall design, and marketing promotion, as well as the VIVA Best-of-the-Best Award from the International Council of Shopping Centers and the World Retail Awards, won earlier by Siam Discovery in 2018. The most recent award is another accolade that reaffirms Siam Piwat’s position as a bona fide game changer. Under the supervision of Siam Piwat, ICONSIAM earned 12 prestigious world-class awards in 2019, including the Prix Versailles South Asia and the Pacific 2019 Award in the Shopping Malls Category, the Gold Stevie Award 2019 in the Art, Entertainment & Public – Art Event Category from the International Business Awards (16th Annual International Business Awards), and three top awards at the International Council of Shopping Centers’ (ICSC) Asia Pacific Awards in the Marketing – Business-to-Business (B2B), Marketing – Grand Opening, Expansion & Renovation, and Public Relations and Events Categories. ICONSIAM is the only project from Thailand to win the most top awards from the world’s premier associations and institutes in history. 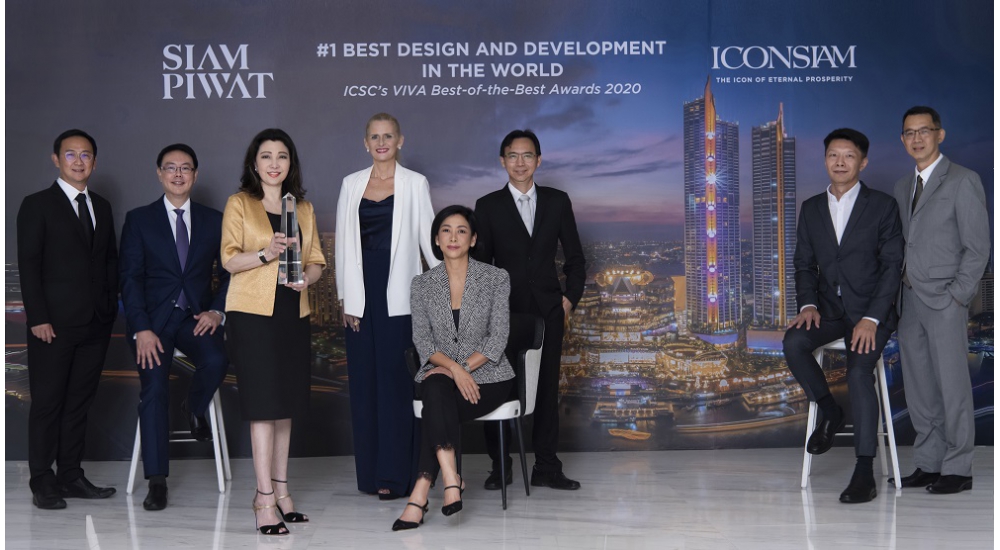 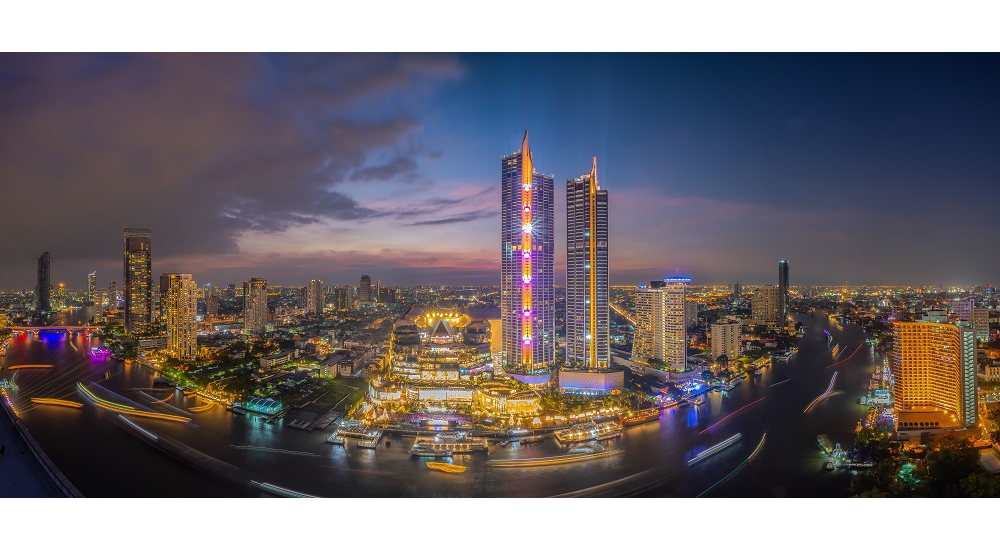 Siam Piwat unveils “I Love Siam – Smile Together” Campaign to bring smiles back to Thai society and introduce a new retail model based on a sustainable retail ecosystem.